Do you need a literary agent?

I’ve inked book deals with top publisher for my memoirs with and without a literary agent so I think I’m as equipped as anyone (!) to share the ins and outs of both.
Memoir is a tricky genre. Unlike other genres of non-fiction which can be sold on proposal (and platform) only, if you haven’t published a memoir before, you really want someone who believes in your story and who you can trust with your vision. You will still need to write a book proposal for a memoir, but you need to have the manuscript in pretty good shape, too. UNLESS you’ve been published before.

So if you have to write the full manuscript before getting a book deal, what’s the point in getting an agent, right?

I know lots of authors who landed their first book deal WITH an agent and ended up severing ties with their agent, OR cold-pitched a publisher (like me) and went on to have highly successful careers sans literary agent. Heather Morris, bestselling author of the Tattooist of Auschwitz, springs to mind!
Read on to learn when it’s in your best interests to go with (or stay with) a literary agent and when it might be an idea to fly solo in your publishing endeavours.

A good literary agent is a career mentor, a reader, a support and a bridge in the contractual liaisons with publishers. By HAVING an agent (particularly one with an excellent reputation) you automatically get an ‘in’ with certain publishers, who don’t consider unsolicited work.
An agent will typically take 10-15% of your advance and royalties, but this is paid for by other rights and territories that they negotiate on your behalf. AND – by having an agent, you can get a higher advance than you would on your own.
They also, naturally, know publishing contracts – so you’ll get good advice on whether a deal is actually good, or not. I had this with A Letter From Paris: of the offers we received for publication, my agent told me one had a 6 month ‘pulping’ clause.
It’s every author’s worst nightmare to have a book they’ve spent years writing, to have it removed from the world after just six months! This information was priceless.

A good agent will be honest and available and provide a sounding board with accurate information about what to expect in various steps of the publishing game. A good agent will send your work out and be a willing participant in every part of making your book as successful as it can be: offering advice on everything from publicity to negotiating film rights and audio contracts without you lifting a finger. While they aren’t editors, some agents offer valuable critiques on your manuscript to make it more likely to find a home if their fingers are on the pulse of what’s selling and what’s being marketed and positioned in what way.
It’s in BOTH your interests for your agent to sell as many rights to your work and get the best deal for you, but sadly, I’ve yet to meet an agent in Australia who is proactive (or even knowledgable) about pitching film rights. Which brings me to the next part… 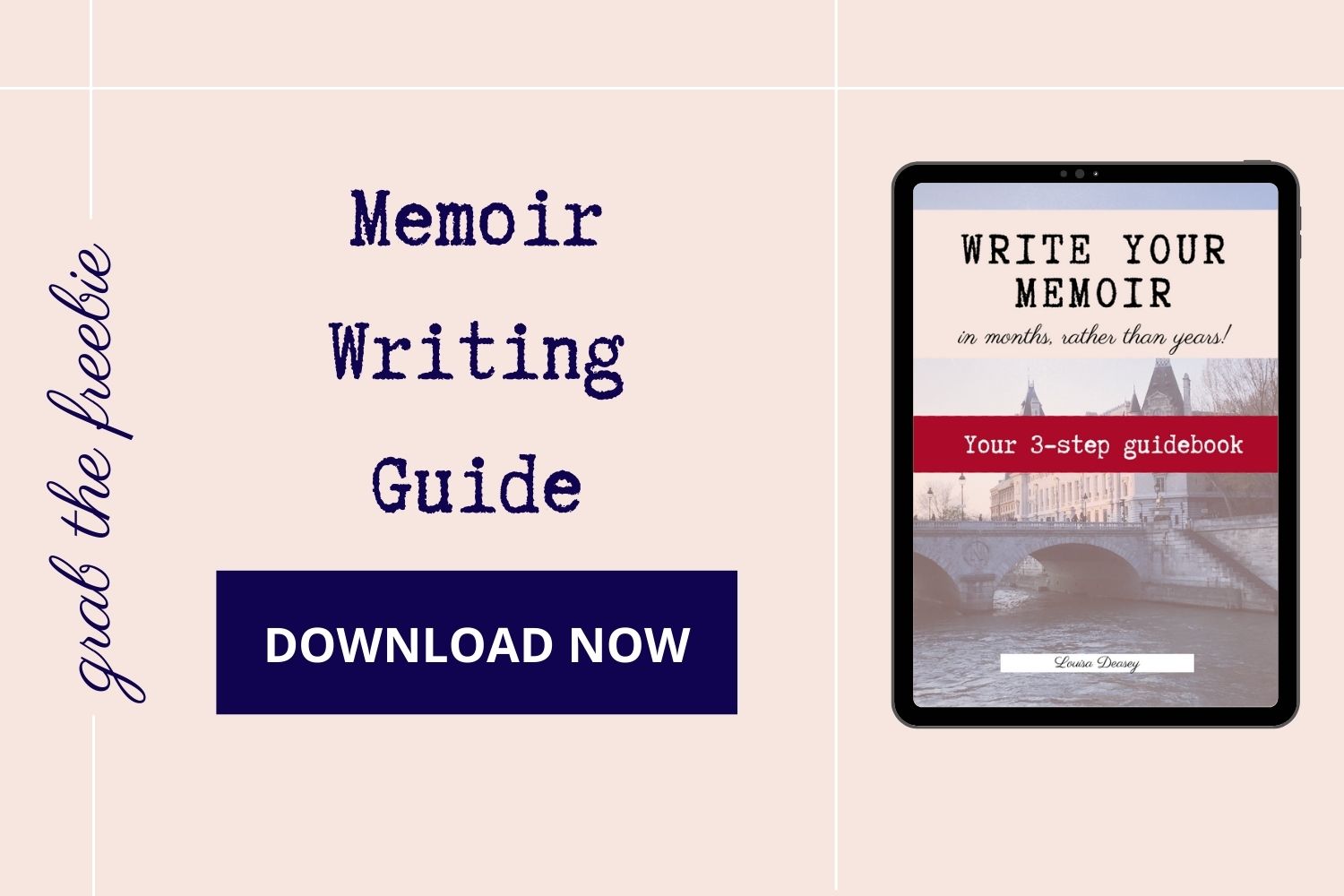 It can be just as difficult to get ‘seen’ by an agent as it can be to find a publisher. One way to speed up the process is to leverage any potential media or publisher interest or any personal connections to co-ordinate an introduction to said agent.
Ruth Clare,  in Part 3 of this Secrets of Publishing Series, outlined how having a publisher interested meant an agent read her work very quickly, too. It’s a common way to ‘jump the queue’ when agents generally take 3-6 months to reply to queries.

But it sort of defeats the point, doesn’t it? If you already have a publisher interested, why would you then give 10-15% of your advance to someone who hasn’t even helped you make that connection?

I fired an agent in 2009 after realising she hadn’t read the manuscript I’d sent her, despite saying she had. This took a lot of guts but i had a book deal the same month, because my instinct was telling me it needed to go out on submission.
The deal with Allen & Unwin for the same book  wasn’t brokered by an agent so the benefit was that I could liaise directly with my publisher, and learn an awful lot in the process. Instead of the agent wining and dining my publisher, I actually met her many many times for 1:1 meals. This gave me a priceless education on the ins and outs of a publishing house.
I know other authors who’ve fired their agents only to have a huge leap in their careers – either from being able to sell foreign rights to their books or again, pitching directly to the dream publisher. This usually happens if said agent doesn’t have a good relationship with that specific publisher.

Things to consider when you’re not happy with an agent

In my experience you need to do your research – ask around about your agent’s reputation in the business. If they have no connections at a certain publishing house, you’re far less likely to get a deal. One author I know lost a potential deal with Hachette because her agent had such a difficult reputation with that publisher.
I’ve had the same happen – I met with an agent when Allen & Unwin had offered me the deal for Love & Other U-Turns but received feedback that she was known to be ‘difficult’ and i feared she would blow my chances.
I sent a polite email thanking her for her interest in representing me but saying it didn’t feel like a good fit and received an abusive reply. ARGH!
At least she replied to my emails, the other ones I would put in the ‘too hard’ basket are those that don’t even bother replying.
It’s been my experience with these agents that other than a done deal – ie. a big fat shiny cheque that you’ve negotiated through the cold hard pitching process – are too lazy to find new markets for your work, are far-too-common.
One author I know successfully pitched her book as a film, paid for her own flights to a meet-and-greet with producers, worked solidly on building connections to get that elusive film option, only to have her agent say she was too busy to look at the contract that week, when it had a deadline for signature. That author had to then hire and pay for a lawyer to look at the contract so it could meet the deadline AND she still has to pay the (bad) agent a commission for the option fee!! Argh!
Another possible red flag is when you never actually ‘sign on’ with the agent – everything is agreed verbally. This doesn’t really protect either the author OR the agent.
Selwa Anthony has been in the news because she preferred to do business this way, and sadly it’s not that rare.

Put your publishing goals first, not your ego…

The bottom line is that you need to look after your own career, and your own best interests. Yes, it’s uncomfortable ending a relationship with an agent but if they’re stalling you, never replying, and have no interest in representing your work then you are truly better off on your own.
One way to do some research is to find authors who have been published by or repped by the agent that you’re considering, and look at their track record. Research, research, research. And don’t just look in the acknowledgements sections of books, read blogs like this, talk to authors you know, ask questions. When you meet with an agent remember that YOU ARE THE TALENT and they will be making money from YOUR work. When you meet with an agent get a list of questions together based on where you want your career to go. And if it’s not working out, and they’re patronising, rude, or don’t bother replying to your emails – end the relationship. You don’t need a toxic boyfriend like that.

If you DON’T have an agent, be sure to have a lawyer look at any contracts you sign with a publisher.

Be your own agent

One thing I’ve learned is that we have just as much power to make fantastic publishing connections, learn and pitch and grow and publicise our work as agents traditionally had, so in many ways they are a little less necessary. Now that we have the internet, we can find workshops, like-minded authors, even pitch our book as a film (like my friend did successfully!) where this was once relegated to the elite corners of the publishing table.
Yes, it takes work, and you may prefer to just focus on the writing, but if you want a career that lasts longer than the 3-month publicity timeline that you get when a book comes out, you have to do this work anyway. So why not embrace it?

In my experience, a good agent is a bit like a good love relationship: when it works, life is better for BOTH of you while you’re in the relationship. When it’s bad, your self-esteem goes down the tube and you waste a lot of time in self-doubt and confusion.
So follow your gut, ask lots of questions particularly around similar books they’ve sold, and before you sign on with a particular agent, try to talk to an author they’ve repped. And please, follow up!! Don’t leave it six months when you haven’t heard from them.
Lastly, Courtney Maum, author of the fab Before and After The Book Deal, said recently in a workshop that you’re not really an author until you’ve had to fire an agent.
I tend to agree.