Inside a top publishing house

If you’ve never had a book published, it’s so helpful to sneak a peek inside one of the Big 5 publishing houses.

I dearly want to pull back the lid on some of the more elusive parts of getting a publishing contract (AKA a ‘book deal’) so this series of interviews aims to reveal aspects you won’t find in a workshop on writing craft.

In this second part of my interview with editor Alexandra Nahlous, learn how a publisher pitches your book to acquisitions, and how to make your book the pick of these meetings.
The acquisitions meeting is such a mystery for unpublished authors, and yet such an absolutely vital piece of the book deal puzzle, you need to understand how they work.

You’ll remember from Part 1 that Alex saw roughly 30-40 pitches a month while working at Allen & Unwin, and only 1 or 2 would make it to these meetings.

When I received a book offer from Allen & Unwin for my first memoir, it was AFTER the commissioning editor had pitched it to the sales team. Every book has to go through this process. With my second memoir, one of the very enthusiastic publishers I met (of 5) who was very keen on my book had a health emergency and had to be hospitalised during the acquisitions meetings that month – as a result, I was never made a formal ‘offer’ for the book.
Bottom line: getting your book to an acquisitions meeting and getting it approved is a vital piece of the puzzle!
Alex has some really interesting insights to share about what gets a book over the line at these meetings.

LD: How would a publisher or an acquisitions editor typically pitch a book to the sales teams?

The acquisitions process is quite mysterious for anyone who’s never been at an acquisitions table. Basically, every publisher, commissioning editor, head of marketing, head of publicity, head of sales, program manager, publishing director and the managing director or CEO meet fortnightly or monthly (depending on each company’s schedule), and publishers/commissioning editors bring new proposals/manuscripts they’re interested in publishing.

As a publisher, when you take a manuscript through acquisitions you have to be very strategic. First of all, you have to have a manuscript you absolutely love and support and are willing to fight for, because these meetings are about selling the new title to the rest of the company in order to get their support. Ideally, you’re able to get two or more particular people to read it to help endorse it, such as a sales person who is known to love that particular genre, or the publicity, marketing or publishing director. That’s not always possible with everyone’s hectic schedules, but it does help a lot if you have other people around the table who have read it and equally loved it and support it at the meeting.

When you present the manuscript, you give the team a sales pitch to make them love the concept enough to support you in your acquisition so that you can publish it.

So, it’s up to you to really sell everything about this story, the most important being the hook – that all-important element, the magical thing that will make this book stand out from the rest in the market. You also focus on where it fits on the list, who the author is, particularly if they have a public profile, and how much the author will be able to self-promote to help spread the word about the book (LD: otherwise known as ‘platform’).

It’s always been crucial, but especially so in today’s online world, for authors to be able to promote themselves and their books. The bigger the public profile, whether online or in terms of networks, the better your chances are of being able to promote and hopefully sell your book.

The other really important thing at acquisitions is to discuss comparative titles. So, if you know that this book is like another successful title, then you highlight this fact. Although there might already be a successful title like the new manuscript in the marketplace, this is important to highlight in a sales pitch because it shows the potential for the same readers to pick up the new title.

The other very important aspect of taking a book to acquisitions is whether it’s a debut author or whether it’s an established writer. If it’s a debut author, it’s easier in many ways to introduce them to booksellers, particularly if it’s a memoir, for example. Because nobody knows what they are capable of, so there’s a lot of potential for the book to work.

However, when it comes to authors who have published previous books, you need to discuss their sales history because that is the number one thing that the booksellers will be asking a publisher and their account manager.

Of course from the bookseller’s perspective, it’s much easier to publish a new book from a bestselling author. But if the previous title or titles from this particular author did not sell very well, then it’s a much more difficult sales pitch for the publisher and the account manager. And they will need to mount a campaign to build reader support and get lots of great reviews to generate word-of-mouth recommendations. 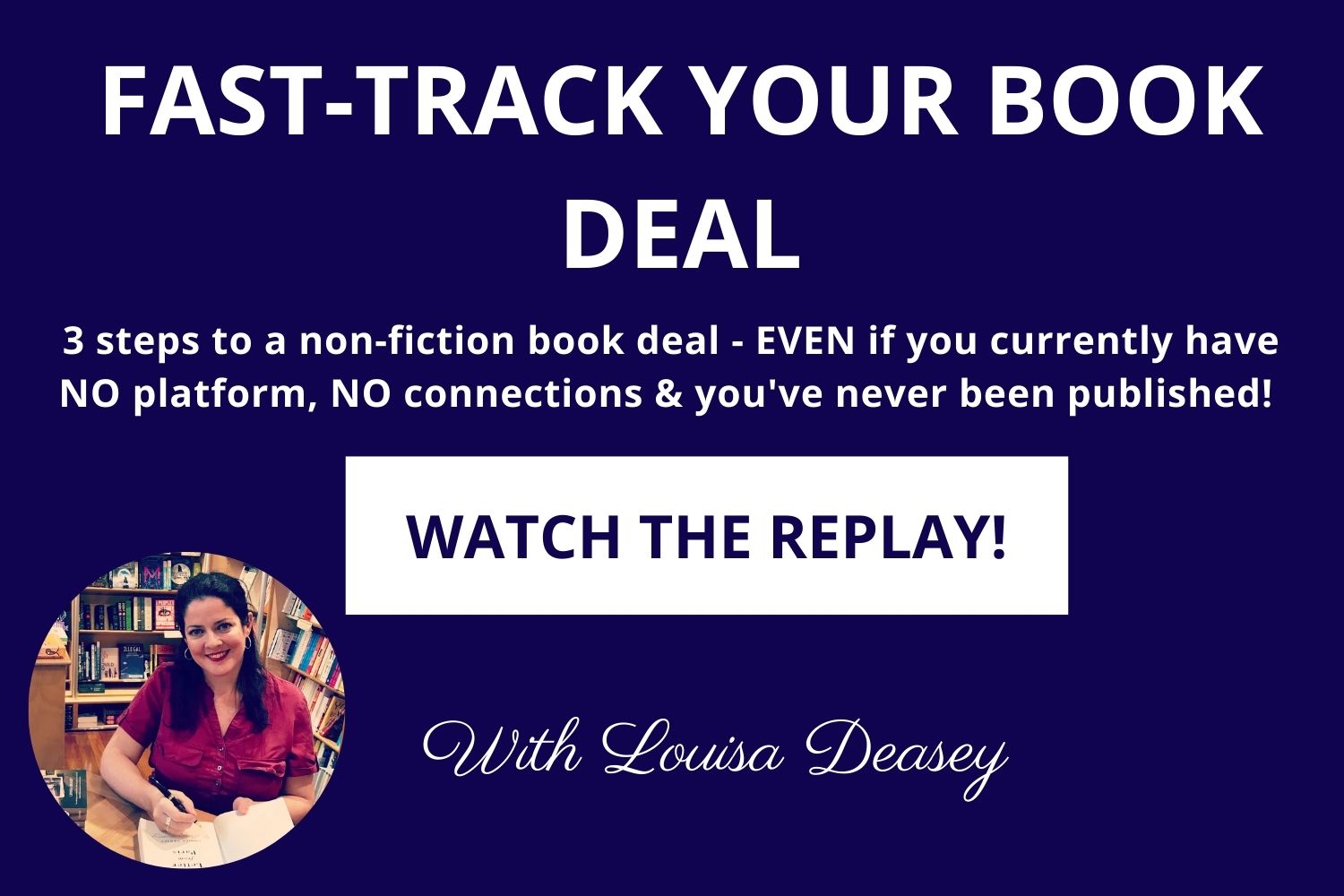 LD: With the Beatrice Davis fellowship, what was the biggest difference you saw between Australian and US markets in terms of these acquisitions meetings?

The acquisitions process is exactly the same in Australia and the US. Publishers (in the US they are editors) take their manuscript to the meeting and pitch it to the rest of the team, convincing them to support the book so that they can acquire it. After acquisitions, the publisher or acquisitions editor goes through the process of coming up with packaging/cover concepts, getting company-wide support through reading the title and promoting it, and then of course the editing and production processes.

The biggest difference really is the scale of publishing in the US. The size of companies and the size of the editorial meeting was enormous in comparison to Australia. And the size of the market is mammoth compared to the very small Australian market. So, this affects how people are able to publish unique titles and broader ranges of genres. For example, fantasy has a huge market all over the world. But it’s very difficult to publish new fantasy in Australia in a traditional print format and to get the bookseller support. It’s a completely different scenario in America. There are major and established fantasy publishers and myriad other genres, and they have ready markets and are able to print much larger numbers of books.

So, it is an easier task to bring new ideas to the table in America because of that larger scale of market, and because publishers are much larger organisations and are capable of producing greater volumes of work. It’s a much harder job for a publisher in Australia because of the smaller market, and they are competing with the global market. And we all know that Australian readers love to buy cheap overseas books, and Australian publishers can’t compete with that because we don’t have the same economy of scale.

And when the market is small, and readers go through phases with certain genres, publishers tend to not publish certain genres for a long while until the market picks up. For example, it’s been really difficult to publish romantic comedies in Australia for quite a few years now, even though it wasn’t long ago that chick lit was a huge genre for many years. But right now it seems that it’s very difficult to convince a publisher that they can do well with a romantic comedy because readers currently aren’t buying significant numbers of Australian romantic comedies.

The other stark difference I saw between the Australian and American publishing industries is that in America when you publish a new work of fiction, you publish it as a hardback in the first instance and print around 5000 copies. These copies are used to introduce the book to the market to give readers a chance to love it in this hardback format, to read it and review it before the publisher prints the tens of thousands of copies in paperback to give to the discount department stores.

In Australia, we only get that singular opportunity to put a book out into the marketplace in the first format and that’s what everyone reads, reviews and buys. And it either does well or it doesn’t do well. We don’t get a second chance in a new format to allow the book the opportunity to go out to different audiences – the bookstore audience who are likely to pick up a hardback, versus the department store audience who are more likely to buy the cheaper paperback. This for me was just an extraordinary method that I could see allowed American publishers to really give books a true chance to be discovered by readers and to be able to sell it to different markets.

LD: In terms of book proposals that you saw, which element of the book proposal was most important? I ask because some writers don’t know many non-fiction titles are sold on proposal only… or how that works.

AN: I did see a lot of book proposals for non-fiction when I was at Allen & Unwin and Pan Macmillan. There are two important elements of the non-fiction proposal that will entice a publisher to make an offer based purely on the proposal – as in, with only an outline, a contents page and a sample chapter.

The concept itself and the author profile (LD also known as ‘platform’).
So, if it’s a memoir, the profile is vital because the question asked will be why will the reader want to read your particular memoir, and that’s where the concept ties in.

For example, if it’s a story about someone who has survived a terrible adversity and overcome great issues in their life and they have a message to share, then that would really appeal to a publisher, particularly if the person was the head of an organisation or network where they helped other people deal with similar issues, or if they were a blogger who wrote about these issues and had a good number of subscribers.

(LD: This is also where getting published clips is so important. For example, if your memoir is about cleaning houses, perhaps you don’t have a major platform but you wrote an essay that went viral about the topic. Voila – you’ll appeal to a publisher! I’ve just described Stephanie Land’s MAID book deal, BTW.)

Alexandra Nahlous is an experienced editor and is currently working freelance for major publishers and individual writers, which is good news if you’d like an expert set of eyes on your manuscript. Book in with Alex here.