Our time and attention is our greatest asset in this world.

Did you ever consider that, truly?
As a creative person, as a writer, you really need to be aware of this fact and construct your life accordingly. Any time I’ve achieved a big creative leap in my own life, it’s through a conscious change in how I’m focussing my time and attention.
So I want to share with you a few stories of increasing your productivity – which is really just your creative output – and finishing your writing projects with success.

This is probably the most important step you can take – do you really want to give years of your life, or your attention, to something that doesn’t move you? This is doubly important if you’re writing a book. Unlike a shorter piece, or even an email, a book demands oodles of head space, months of time, if not, a year.
You generally know, when something doesn’t move you. You feel a heaviness every time you pick it up (different to overwhelm, which has a tinge of excitement and fear) and a sense of vague futility. Sometimes all it takes is a tweak to the concept, to get passionate about your creative project, but sometimes you need to be brave enough to scrap the original and go towards something that feels good and flows.
To find what you’d really like to write, consider this: If someone offered you $100 000 to hole up in a villa in Bali or a room in a hotel for a year, all-expenses paid, and if your book was a guaranteed bestseller, what would you write?
Chances are, it’s not that book you think you should write (because someone said a publisher was looking for that), it’s something else. And you know what? When you’re passionate about a topic, you write better, you write faster, and it has a much higher chance of ‘flow’. 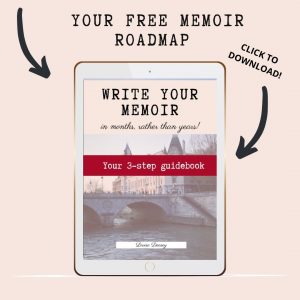 To really get your book (or ten books!) written you must have a deadline and it must feel real, for you to produce the work. Have you ever been told to submit something “whenever your ready”? Chances are, you never submitted it.
Here are some ways you can orchestrate a deadline if you don’t have a publisher, agent, competition deadline or editor waiting for your work:
Look at your year and your obligations and chunk out the time you will have to yourself to work on this project.
Bestselling author Natasha Lester once told me she plans her book writing a year ahead, around the school semesters, because she has three school-aged children. This means if she doesn’t get her first draft (or second draft, or proofing) done during school terms, it simply doesn’t get done. During school terms, she follows office hours with her books, methodically writing drafts, editing and re-writing, and switching off wi-fi from 9-12 every single day to get. It. Done.
Another way you can orchestrate a deadline (and I did this a few years ago) is to book in some paid feedback for a certain date.
Really good structural editors and book coaches often book out for 1:1 work 6-12 months in advance, so by booking and paying in advance, you’re enforcing that deadline.
I also did this by booking an international trip and a writer’s retreat a few years ago. I wanted to have something to share at the retreat, so it made me stick to my weekly writing goal. You could also book and pay for a trip or a reward that is contingent with you finishing your draft or your book.

3: Pay yourself to write

How do you do this? You take full responsibility for your writing career, and understand that your success is up to you. You can pay yourself to write, like I did, by saving and giving yourself a monthly ‘stipend’ to get your work done. When you’re paying yourself, you’re much less likely to slack off!
You might also work hard to get a book advance with a book proposal so that you can then use a portion of that to live for a couple of months, and take minimal paid extra work on. OR you could do what I did in my first year of freelance journalism and that was to save up a chunk of money before I committed to my writing goal, plus work three days a week at a restaurant (Fridays, Saturdays and Sundays), so that I could spend weekdays writing and pitching articles and interviewing people for stories.  I knew that the money would flow in arrears (from pitch to commission to invoice being paid could be a gap of 3-6 months, sometimes) so I had to block out the year in that way. And guess what? Come September that year, I was making a living from my freelance writing. You’ve got to think ahead and you’ve got to reward effort, not outcome. Paying yourself to write is a way to do this.

4: Say ‘no’ to time sucks and unnecessary drama

Warren Buffet’s quote that successful people say ‘no’ more often than unsuccessful people holds true.
When I think of the blissful creative flow I got into to write the first draft of A Letter From Paris in less than 3 months, in 2017, it came from following all of the above steps, and saying ‘no’ to so many things. I lived like a hermit, but it was beautiful. I had a little apartment where I wasn’t interrupted, except occasionally by the postie, I had saved up enough money and only took on freelance work that wouldn’t involve interaction.
Why couldn’t I do interaction?
When you’re deep in the throes of a creative work like a book, you can’t be interacting and going to parties and breaking that ‘spell’ every day or even every week. And it is like a creative spell. My neighbour used to have a painting of a mask in his doorway, and I asked him what it meant to him.
He explained that it reminded him of the ‘mask’ he (and everyone) needed to put on when he left the house and went to work.

I think of this a lot. When I’m working on something big, like a book, a course, or a long-form essay, the time it takes to ‘remove the mask’ is often what takes so long. Once you have your mask off, though, if you can keep it off, staying out of other stories, unnecessary drama, social media subterfuge and even low-vibe television or other media, you can stay in that state where everything is working away under the surface to bring depths and creative insights to your work. Researching related topics, having high value conversations (not chit-chat and unnecessary interactions) etc etc.
When I was working on A Letter From Paris, I only watched French films, or those set in and around World War Two, as well. I’d spent over a year reading documents, manuscripts and letters about that time, and I can’t read a lot when I’m writing, so I kept the stimulus to visual and audio. I listened to a lot of French film soundtracks too (Betty Blue and The Double Life of Veronique are favourites.)
I know Natasha Lester makes a beautiful mood board for every book she’s writing, too, as does the American romance author Deanna Raybourn.
You’ve got to take control of the input that’s going to affect your output. This is key to creating something truly unique that taps into your highest level of inspiration.

What is it about running and writers? I’ve been a runner since I started studying Literature at University. Something about the simplicity and efficiency of it helps me. Plus, if you don’t run to music, you can use your breath as a sort of meditation.

Laura Greaves (another runner!), who’s authored eight books in the last five years (and is now ALSO undertaking a PhD!) says that at the beginning of every book she feels like there’s a mountain ahead of her.
But never taking more than four months to complete a book, she just ‘gets it done.’ Daily running (with the occasional marathon thrown in), going to a studio to separate work and home (and not get distracted by dogs and laundry), and “always thinking of the next project” are what helps her be so productive. Perhaps equating writing to running, helps, too: it always seems hard before you start, but when it’s done, you feel so good!

Natasha Lester is a runner too, spending an hour in her sneakers before turning the wi-fi off to write from 9-12 in her study – she’s up to book number six in as many years, and they aren’t quick reads, either: dual narrative historical fiction which teams oodles of methodical research with creative writing.

And Bryce Courtenay, the late South African author of over 24 books, used to famously pound the pavement for an hour before setting down to write in his study. He was running until his eighties and credited it as a vital part of his creative routine.

Whether you go for a run, or write in your journal, or do some meditation, it’s important to have a routine to start the day – almost like a trigger to get you writing each day.

Try to find a way to turn off the social media loop, that is so endlessly vying for our time and our attention: our two greatest assets in life, both as humans and as creative people. I’ve been trying out a new routine each morning in the last week adapted from Hal Elrod’s Miracle Mornings. It’s helping me be much more conscious of the time and attention I give to social media, and also to be more tapped into my own vision rather than seeking distraction (and giving into creative ‘resistance’) by searching for input from others before I create my own reality. It’s a beautiful way to start the day. I always used to journal but this ramps the intentional practise up a huge notch.

Fall in love with the process

What does this mean? It means you need to fall in love with all the little bits of making your dreams come true, from that first sacred coffee as you wake earlier than the rest of your house to write a few pages before work, to cleaning your desk and doing your research for your book proposal, to outlining your book and writing the draft. Make it comfortable. Enjoy the learning. Fall in love with the process.

MY FAVOURITE BOOKS ON WRITING MEMOIR