If you’re writing anything you want to be read by as wide a ‘general’ consumer market as possible, you need a good story hook.
The story hook comes at the very beginning of your article, your essay, your book (or even your query email!) to captivate your reader’s attention and leave them wanting more.

But so many writers ‘just write’, coming to the story hook as an after-thought. And then they wonder why they don’t get published…. Or why their reader is yawning and re-reading the same sentence over and over, completely forgetting what the story was about, as soon as they’ve finished!

If you’re writing for an audience – and particularly if you want them to take an action (comment, request full manuscript, read until the end etc) the hook needs to be front-and-centre, or they won’t keep reading. It’s going to make your story memorable, it’s going to differentiate your story from the slew of other pitches on the same topics or themes, and it’s going to provide a framework for how you’ll write the story!

Finding your story hook is crucial to an engaging story and one of the vital pieces I cover in my new literary memoir masterclass.

A story without a hook

I call the story hook ‘the hinge that opens the door to your story’. Without a hook – you never have that opening. If this is too vague a metaphor for you – think about a topic or theme that your story covers (dairy cows, a health issue, covid…).

To use an example from the very first story I had published in a newspaper, we’ll take iron deficiency. The health editor at a major metropolitan newspaper took pity on me and said she’d publish a story on iron deficiency if i wrote it, but I had to find a ‘hook’.

“Hook? What’s a hook?”
That was me, quietly freaking out as, even after five years at University studying writing and editing, no-one had taught me this crucial piece of publishing know-how. I didn’t ask out loud, but I vowed to learn as quickly as possible.
The editor didn’t have time to teach me (and i was too embarrassed to admit I didn’t know what it was), so I found a case study, interviewed her, and worked backwards until I could find what would make MY story on iron deficiency different to something else that was being pitched on the same topic.

Tip: You don’t get published by saying you’ve written a story on iron deficiency [or insert any other millions of topics or themes]. There is nothing new under the sun and why would anyone publish a story on a topic or theme which has already been covered a squillion times before?
You get published when you show an editor how your story is relevant to their audience RIGHT now– ie. the demographic who reads their newspaper and the timely themes they currently cover. You do this by finding a hook and connecting that to what your audience might be struggling with, thinking about or experiencing. This gives you a strong hint at where to find your hook, too – current trends, statistics, global experiences.My ‘hook’ (also called the ‘angle’ in journalism) was that many women have low-to-no iron stores but don’t realise it, because fatigue is a common side-effect of so many other ailments and illnesses and is also completely widespread so we just shrug it off.
My case study was a perfect example of this: a lawyer straight out of University who was also juggling two part-time jobs, she put her complete exhaustion down to a high stress job and too much work, not the fact that she had almost no available iron in her body and had almost completely depleted her ‘stores’. I tied that into statistics on how many women experience iron deficiency and made it timely – the number was rapidly rising (due to a growth in veganism / vegetarianism and various other lifestyle choices).

No, this wasn’t groundbreaking, but it was a hook (yay). It was the hinge that opened that story, and led the way I wrote it.
And most importantly – it meant my story got published because the audience could relate to it.

I call the hook the hinge that opens the door to your story – if you use a different hook, you’ll have a completely different story. What do I mean?
Well, take A Letter From Paris.

The story began when Coralie sent me an email from Paris and it was about my father (no hook – reader has no idea why this matters).

The email was important because I never knew my father (getting closer to a hook) and he’d died over 30 years earlier (closer, still, but the audience still has to work to understand why they should care).

The email contained information about a love affair my father had in the 1940s (getting closer to a hook as now the audience is intrigued).

That one email from a complete stranger led me to discover my late father’s secret life and lost love in post-war France.

Bingo! There’s the hook.[I should tell you, this took a long time for me to clarify. With memoir, you’re so close to the story that it can be hard to find your hook straight away].

But consider how different the story would have been with just a minor tweak to the hook – if my father hadn’t been dead (the email wouldn’t have been so powerful), or if i’d known about him when Coralie contacted me…. Or even if i’d known Coralie or about Michele, her grandmother who’d had the affair with my father.
Another example:

In WILD by Cheryl Strayed, she begins the story with a powerful scene where she loses one of her hiking boots midway through the brutal trek on the Pacific Crest trail. We learn she’s an orphan, she’s hiking alone, she’s young and female and didn’t really prepare for the hike at all.

The hook is crucial to building suspense, to eliciting intrigue, and to connecting a wider topic to individual readers. Any little part of your story hook could engage more people. Here’s another example (I know when I’m struggling to understand a concept, examples help me). In Tell Me Everything You Don’t Remember, part of the reason an essay led to an incredible book deal is that the story had such a strong hook, and in fact, it had multiple hooks.

The most powerful one was that the author had a stroke but didn’t remember it (or even know that she’d HAD a stroke).
This was how she opened her story and this was how she framed the complete memoir.

Imagine if she’d just pitched her story as being “about having a stroke”?

Yes, lots of people have strokes and it’s a common health complaint – but without finding her unique angle or hook, it wouldn’t have sold, and more importantly, we wouldn’t have cared.

How do you know if you have a hook?

The hook isn’t just a question or a statement. The hook is what makes your experience of a universal theme or topic or challenge unique and unusual or personal. Someone asked me the other day why I thought Jen Sincero’s Badass books have sold so well when we have thousands of life coaching books in the self-help section to choose from.
I think it’s because her take is so unique, so refreshingly-honest, and she flips the common archetype of the “you can do anything” aspirational, clean-cut coach on its head. She talks about being a bisexual punk rocker who worked as a freelance writer while still living in her parent’s garage at age 40 – and how she changed her life but kept it all a secret from her punk rocker friends, lest they think she was a sell-out. That’s what makes her extremely unique and expert as a life coach and money mindset coach.  She’s crushing your objections as a hippy artsy creative person who’s obsessed with authenticity, too. It’s unique to her and it’s incredibly refreshing. Her ‘hook’ was the back story and the reversal that made her story so unique. When you read her books you can see how she opens the door to coaching you from that hook – that she’s had all those same doubts, too, in fact she gives you tonnes of examples of (hilarious) ways she has tried to run away from the clean-cut life coach paradigm.

I hope this has helped you see how to find your hook (and that yes, everyone has one in their story!).

In my 90 Day Memoir program I give you the questions you need to ask to find your story hook and connect it to your universal themes so you can start your story from its most powerful and compelling opening.
This is absolutely crucial to differentiate your story from hundreds (thousands!) of others on the same topic or theme and find the right ‘entrance-way’ to your story! 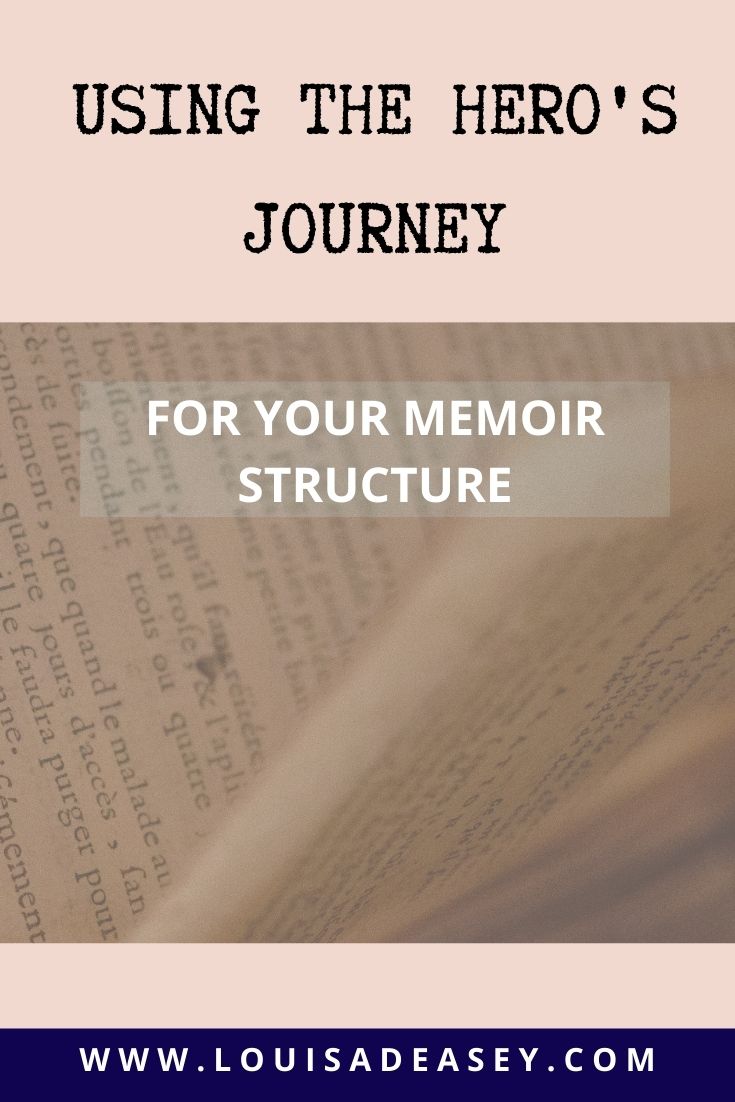 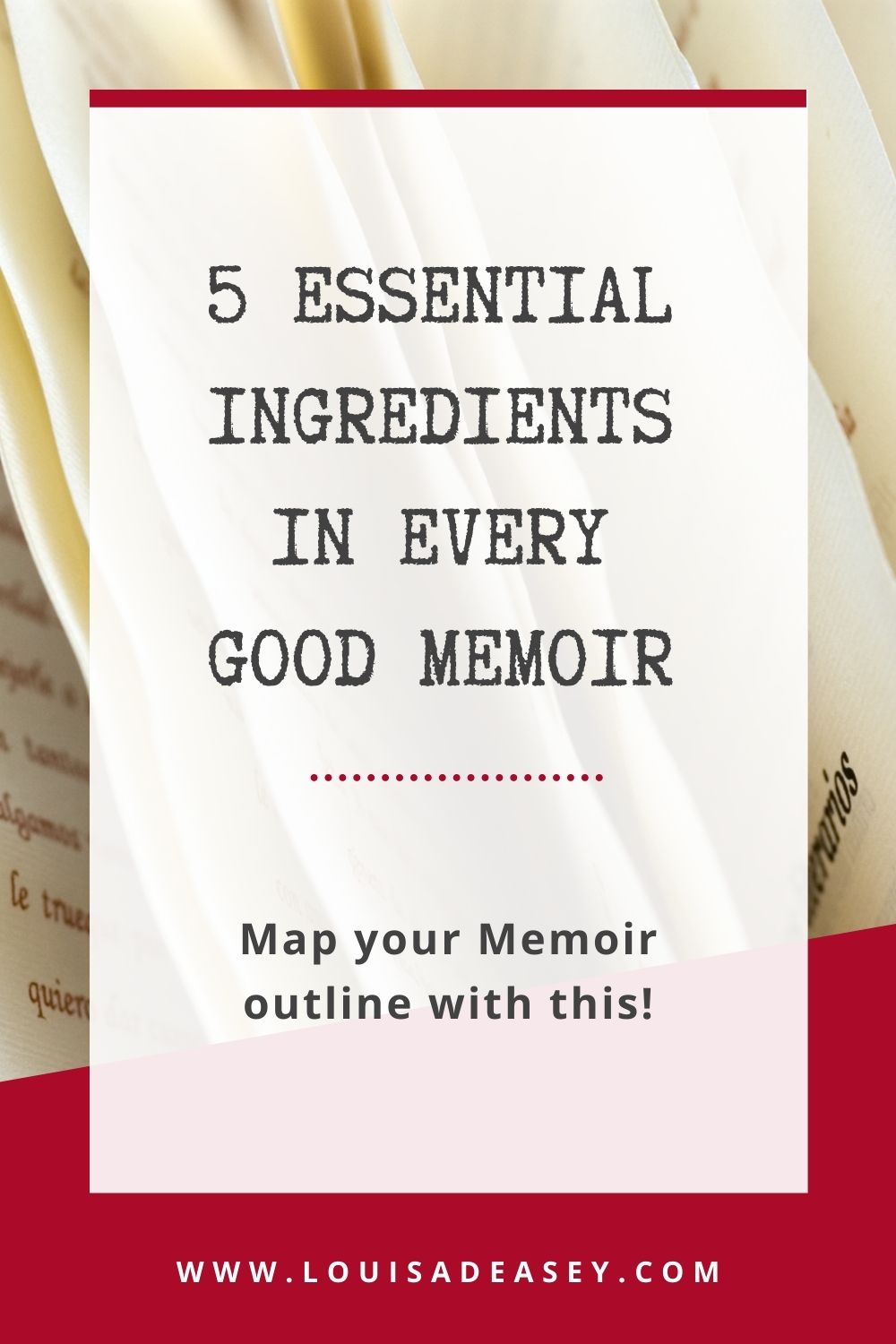 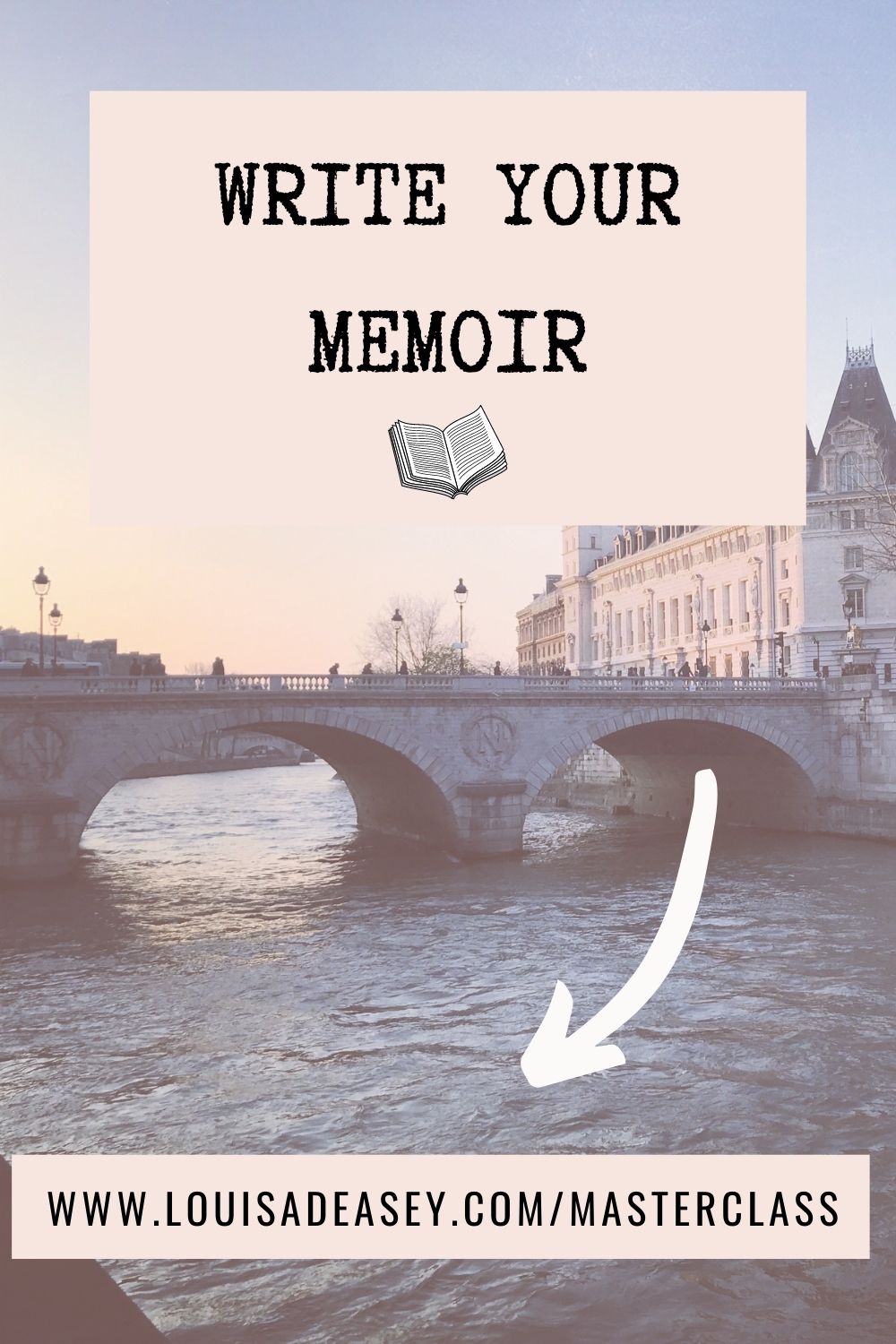